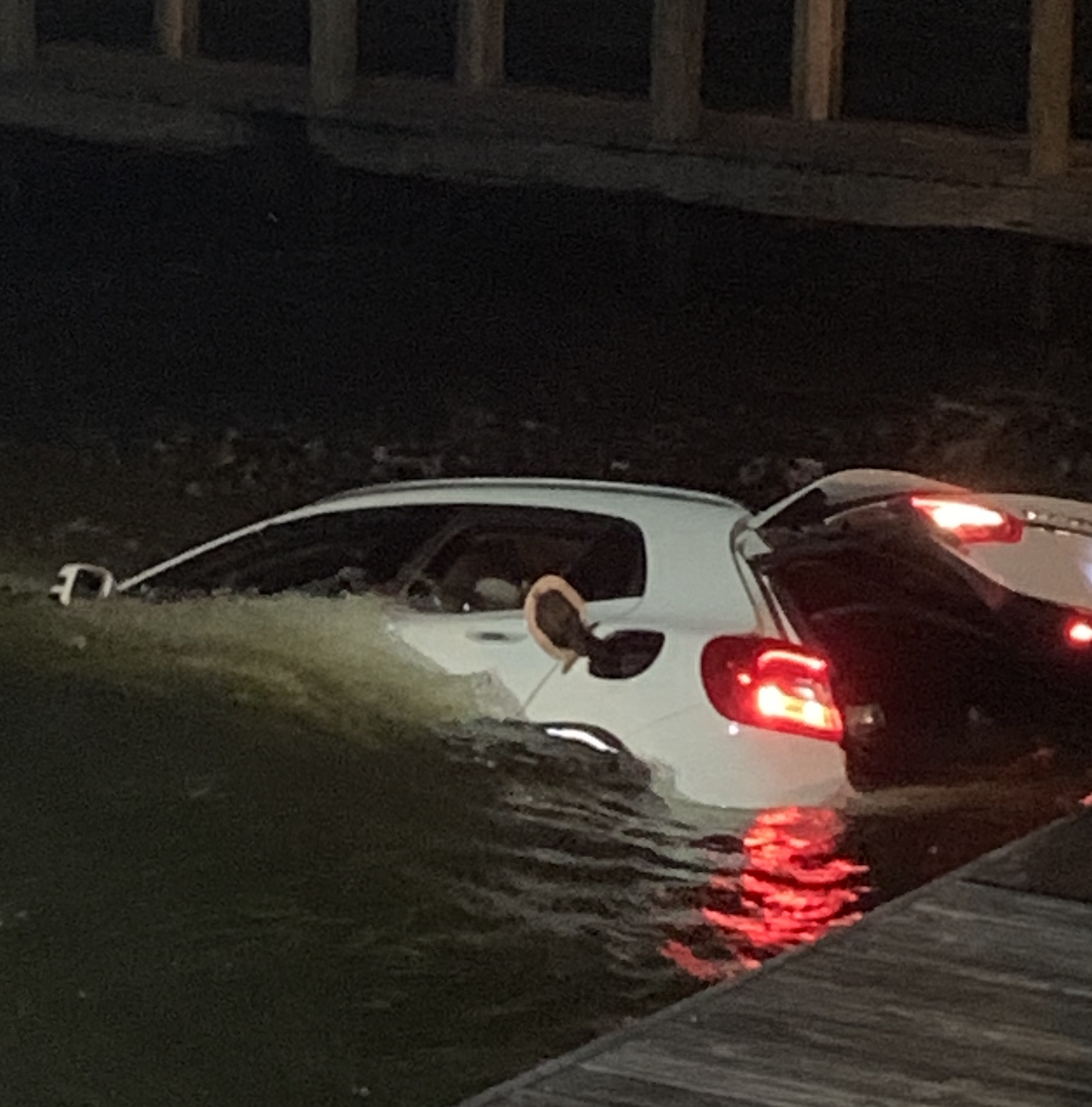 The Winter Park Police Department’s crash report revealed that Galina Losch, a 31 -year-old woman, claimed that her GPS led her to drive her Mercedes SUV into Lake Virginia on Feb. 6.

She was reported to be in a state of panic and has been charged with careless driving, meaning that she disregarded the rules of the road in a reckless manner. Losch drove through a stop sign at the end of the roadway and continued on at 30 mph into the lake.

No one at the scene was injured. However, Losch’s car suffered heavy front-end damage, rendering the vehicle unusable and costing an estimated $40,000 in repairs.

The incident was reported at 9:02 p.m by Leighton Yenor, the sister of Rollins basketball player, Hutton Yenor (21’).

Leighton Yenor made the emergency call that brought police to the scene. Reporting Officer K. Talton was dispatched to Ollie Avenue outside of Sutton Place apartments.

Responding officers pulled Losch from her white Mercedes SUV. Soon after, the four-door van was also removed from the water by Tri County Towing’s tow winch.

The previously unattainable crash report was obtained by News 6 WKMG.