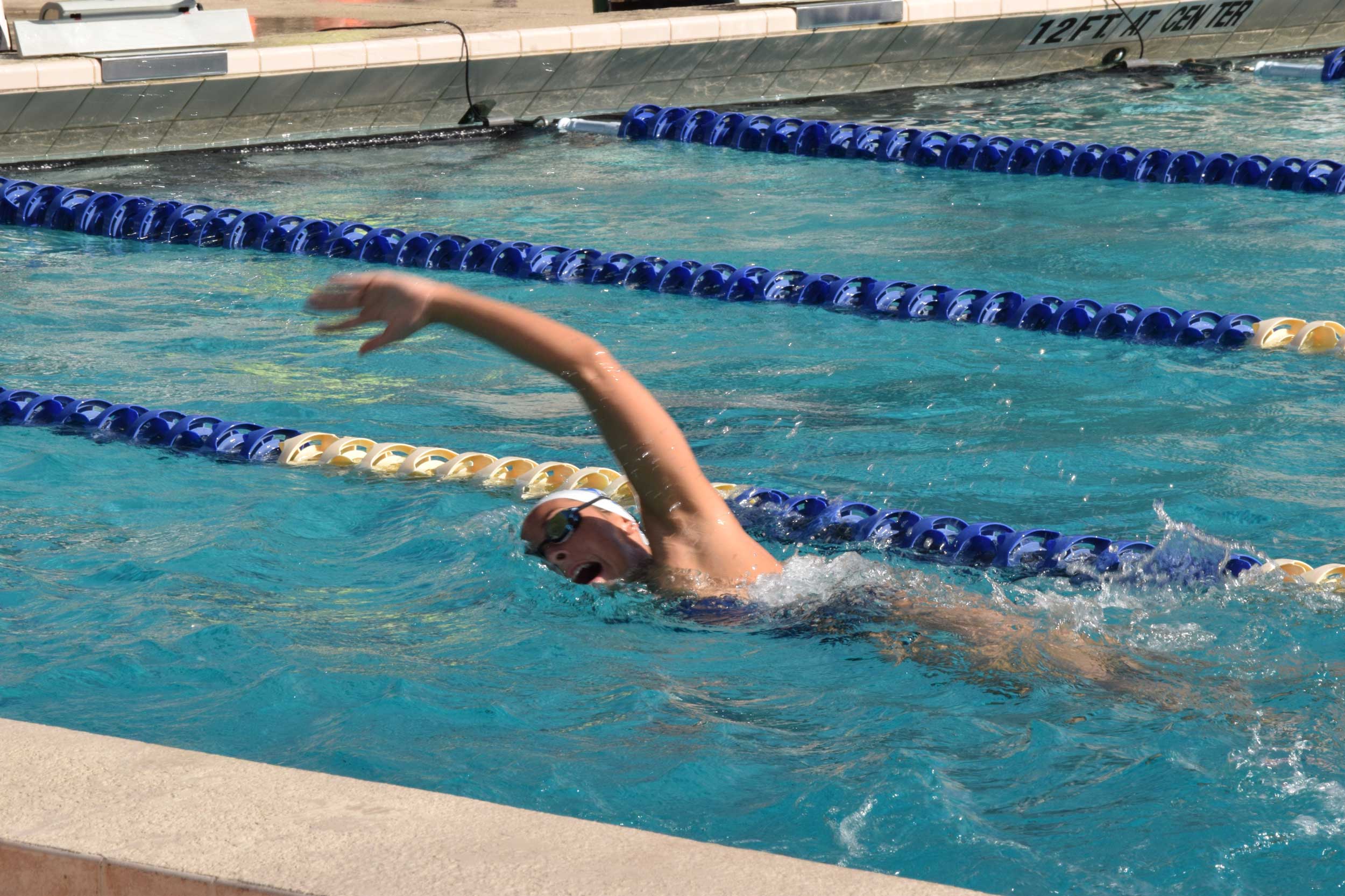 Swimming impresses against third ranked team in the nation

The Swimming Tars took to the Alfond Pool for their first dual meet of the season against Nova Southeastern University. In Julianne Lehner’s first meet as interim head coach, Rollins posted a series of strong individual performances.

“Going against Nova, the strongest team in our conference and one of the top three in the nation, can be kind of scary,” Olivieri said, “but we had so much fun and everybody had the right attitude. I think we surprised them.”

“At the beginning of the season, meets can be super hard,” said Olivieri. “We’re tired from practice, and this shows in our times as well, which can be frustrating because we all want to be fast.” After this meet though, Olivieri is confident in their direction as a team.

The Lady Tars completed the day with a set of third-place finishes by Wiedemann in the 100-yard individual medly, Alana Goodwin (‘22) in the 1000-yard freestyle, and Gingerich in the 200-yard backstroke.

With only seven graduating seniors and 19 incoming freshmen, the Rollins swim team now boasts 57 members. Lehner stepped in as interim head coach only weeks before the beginning of the season. Now, she has to deal with the challenge of managing the entire contingent with the help of just one volunteer assistant coach.

She took over from Kyle Berg, who was Lehner’s coach at Northwestern and helped establish the Rollins Swimming Program. An accomplished collegiate swimmer herself, Lehner qualified for the US Olympic Trials in 2012 and 2016.

The transition might have been more challenging with a completely new coach. Upperclassmen deeply appreciated having a familiar and trusted figure as a coach.

The swim team also experienced challenges caused by construction surrounding the Alfond Pool, which delayed the start of practice and prompted the team to temporarily train in a public, off-campus pool.

Marvel went on to place second in the 200-yard butterfly, and Xu, a native of Melbourne, Australia, grabbed second-place finishes in his first-ever collegiate meet in the 500-yard freestyle and 200-yard breaststroke.

“We’ve got a lot of things to work on. On Friday, we were able to see that the work our coach has put in us is starting to pay off,” Xu said. “We have a lot of freshmen in the team this year, we’ve put in a lot of effort, we’ve been training really hard, and it’s good to see the season start off so well.”

Xu highlighted the support his teammates displayed throughout on-campus challenges and during the meet this week. He pinpointed team culture as one of the reasons he chose Rollins, describing the atmosphere as a defining characteristic of the NCAA system compared to what he was used to in Australia.

The Tars will be hitting the road next Friday to face Florida Southern in Lakeland.

“Friday was literally page one, paragraph one of what’s to come,” said an enthusiastic Olivieri. “I am excited for the rest of the season.”