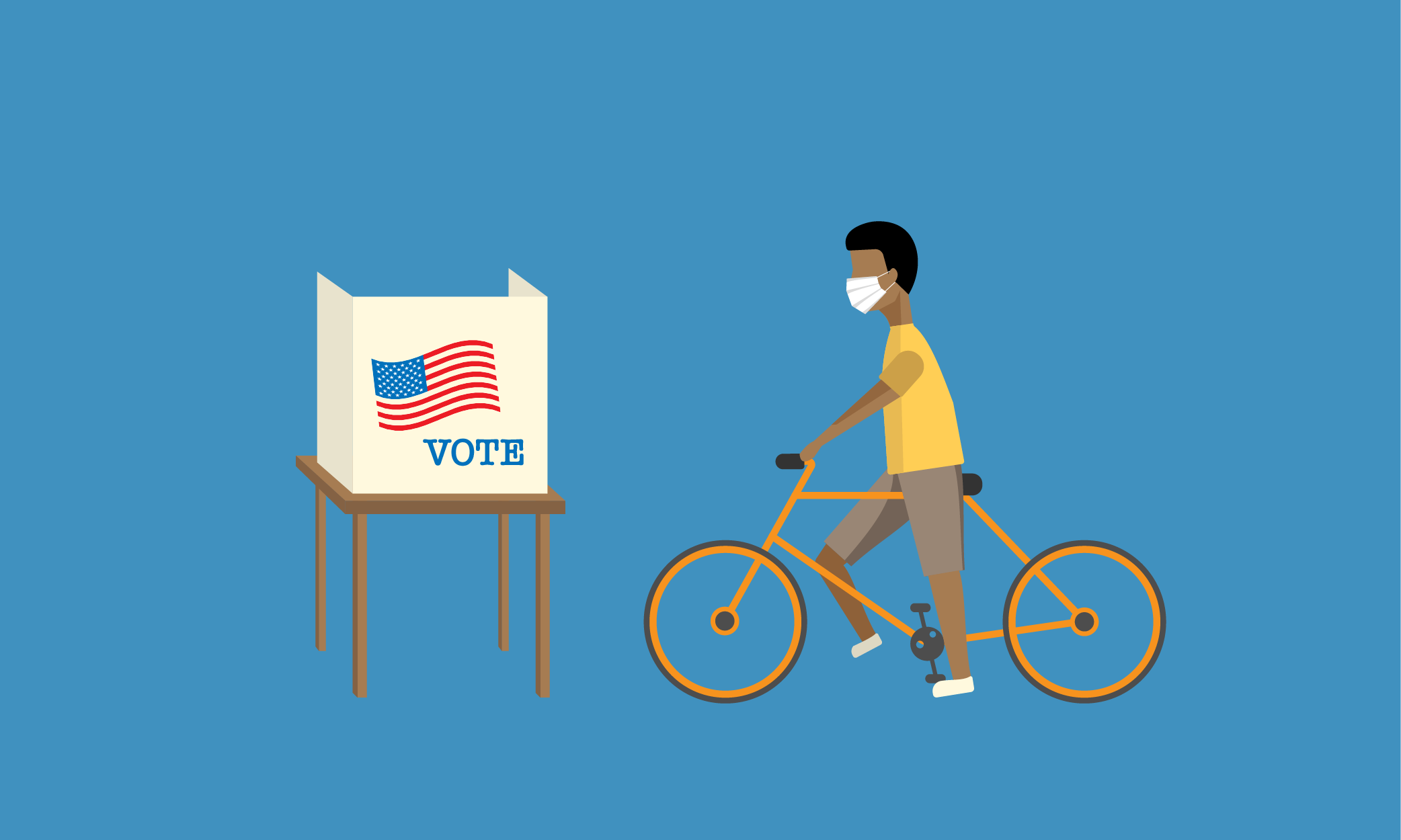 In the lead up to the Nov. 3 election, the Democracy Project has been working hard to increase Rollins voter turnout and civic engagement.

For the first time, the Democracy Project has teamed up with the Rollins Bike Program to present “Bike to the Polls,” an event that will occur on election day. Free bikes will be made available for Rollins students so they are able to bike to the nearest polling location, the Winter Park 9th Grade Center, in order to cast their vote. The polling location is roughly half a mile from campus.

“We normally have the JUMP bus take people back and forth, but since there’s COVID-19 going on in the world right now, we are having bikes available so that it’s more COVID-19 friendly,” said Democracy Project Student Coordinator Sophia Allred (‘22).

“Bike to the Polls” is one of the many programs the Democracy Project is currently running. The organization has also already had its first “Vote Early Day” on Saturday, Oct. 24 with about 15 participants– including five first time voters.

“Everyone was very excited to exercise their right and duty to vote,” said Allred.

On election night, the Democracy Project is planning to host a watch party on Mills Lawn where students can watch election updates starting at 8 p.m. On a day following the election, a discussion will be held for students to better understand election results and ask questions.

“We’re going to have Dr. Don Davidson from the Political Science department give an overview and a rundown of the election results and lead a discussion on that,” said Allred.

The date for this event has not yet been decided, but students can expect to see promotional materials in their Rollins inboxes soon.

The Democracy Project is working to increase voter turnout in part due to the low rate of young adult voters in prior elections. In the 2016 election, only about 39 percent of people aged 18-24 voted in the election.

According to Pew Research Center data, roughly 37 percent of the electorate (all of the people eligible to vote in the election) in 2020 will be Gen-Z and Millennial voters.

“We have the power to make a big change in the world, so I think it’s important that we use our collective voice to influence positive social change by voting,” said Allred.

Florida has a history of being a highly contested state during presidential elections. In the infamous 2000 election of Bush v. Gore, 537 votes in the state of Florida determined Bush’s win in the election.

“Your vote matters, and, especially here in Florida, your vote matters a lot. We are a swing state, so your vote could determine the election. You should definitely go out and have your voice be heard,” said Allred

Students are encouraged to research the local and state government positions on the ballot as well as the amendments being voted on in the election.

“I think it’s really important that everyone looks over the amendments on the ballot,” said Allred. “Make sure you do your research and figure out a good place to go to look at what’s going to be on the ballot. We recommend the League of Women Voters website or vote411.org because they have non-partisan voter guides.”

All students voting are advised to bring a government-issued photo, an ID with their official signature, and their R-Card as proof of residence in Orange County.