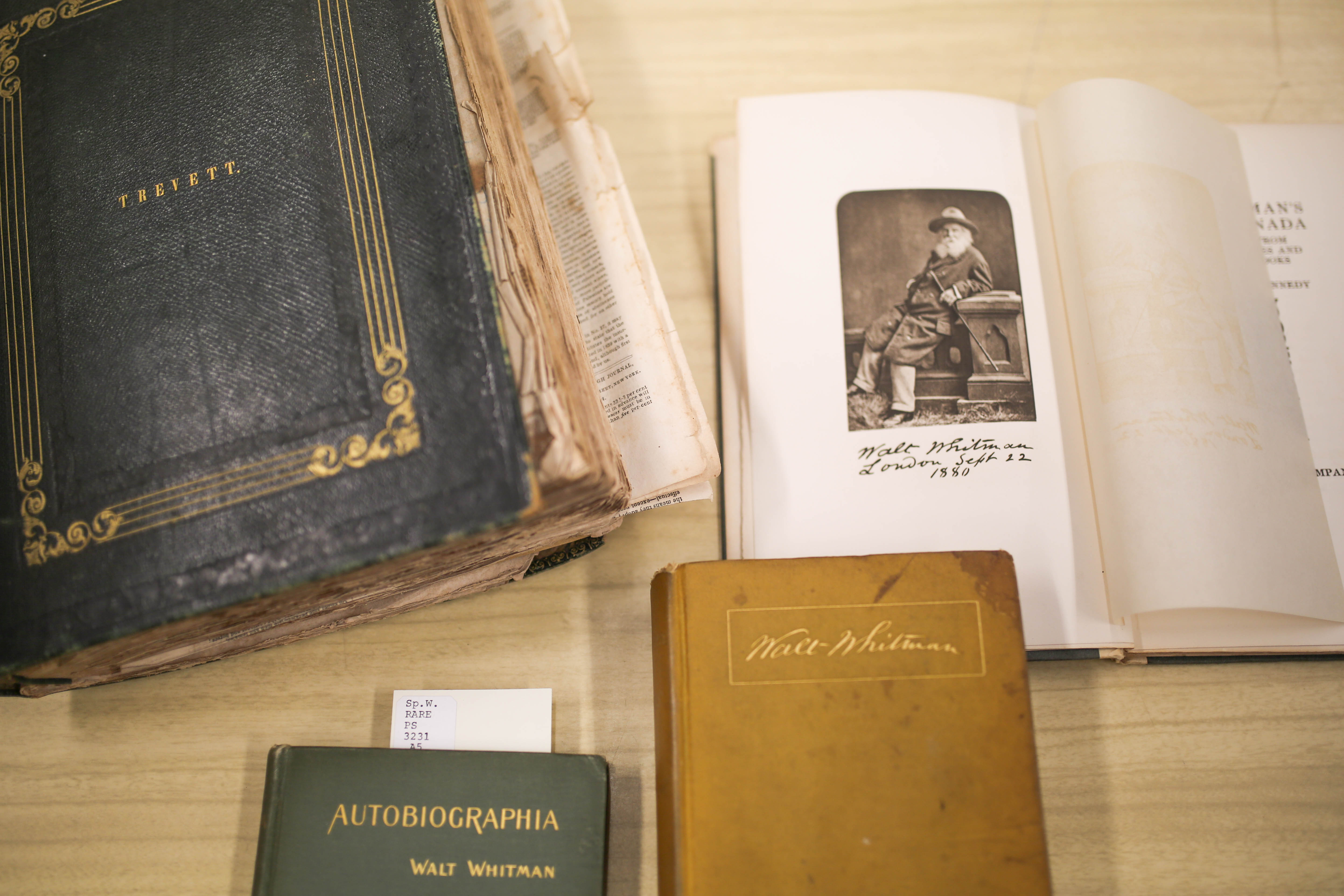 In celebration of the bicentennial of Walt Whitman’s work, the Cornell Fine Arts Museum (CFAM) presents the exhibition “Ut Pictura Poesis,” featuring archived letters, works, and art made and inspired by the famous American poet.

In 1855, Whitman published one of his most influential works, “Leaves of Grass,” in which he writes, “I celebrate myself, / And what I assume you shall assume, / For every atom belonging to me as good belongs to you.”

Whitman influenced western artistic values by creating an American style that broke away from European traditions. He wanted to capture the essence of a young America that was filled with the promise of freedom and democracy.

Dr. Ben Hudson, assistant professor of English, said, “His ecstasy for the potential of American democracy—what he hoped would become the world’s first truly egalitarian society—led him to embrace diverse intellectual and spiritual traditions while experimenting with inherited aesthetic forms.” This set Whitman apart from other poets of his time.

In her essay, “Why Does Walt Whitman Endure?,” Director of the Olin Library Dr. Deborah Prosser said, “He endures because he is not simply a white male author with a seat in the canon, but rather because he invites his readers to find their own identity.”

CFAM offers a walking tour of the exhibition to help people appreciate the influence Whitman’s ideas had on modern artists and American culture.

Dr. Gisela Carbonell, CFAM curator, said the exhibition “celebrates the poet’s bicentennial and recalibrates the response of a group of contemporary artists to his enduring legacy.”

Hudson said, “CFAM’s exhibit doesn’t reference Whitman for his past importance; it evolves his legacy for our current moment with the pieces by Jennifer Crandall and Sarah VanDerBeek. It argues for the continued worth of the ideals Whitman reverenced and the questions he posed.”

Hudson said some of these questions may be: “What are the limits of the self, and where ethically should individuals compromise their own interests for the health of a democratic body? … What compromises can we stomach for the health of a larger society? Who belongs in and has a voice in American democracy?”

Some of the works in the gallery were gifted to Rollins by Whitman’s friend, William Sloan Kennedy, who donated his personal collection to ensure the legacy of their friendship.

Whitman’s connection to Rollins was forged through his friendship with Kennedy, a writer, biographer, and Whitman scholar.

When Kennedy moved down from the north to Winter Park, Fla., he met and befriended Edwin O. Grover (1870-1965), a professor of books at Rollins.

Professor Wenxian Zhang, head of Archives, wrote, “Grover persuaded Kennedy to leave a legacy to memorialize his friendship with Whitman by donating his personal collection and establishing an endowment fund for Whitman materials at Rollins.”

Rollins has acquired “scholarly publications on the lives and literature of both Whitman and Kennedy” since 1930, said Zhang.

The Olin Library Archives contributed some of Whitman’s handwritten correspondences and one of the few first edition copies of “Leaves of Grass” to the exhibition. Rollins acquired the first edition in 1945; it was purchased from a local family for the price of $500 but was originally valued at $2,000.

“Ut Pictura Poesis” is free and open to the public until Dec. 29. Days and hours of CFAM are listed as follows: