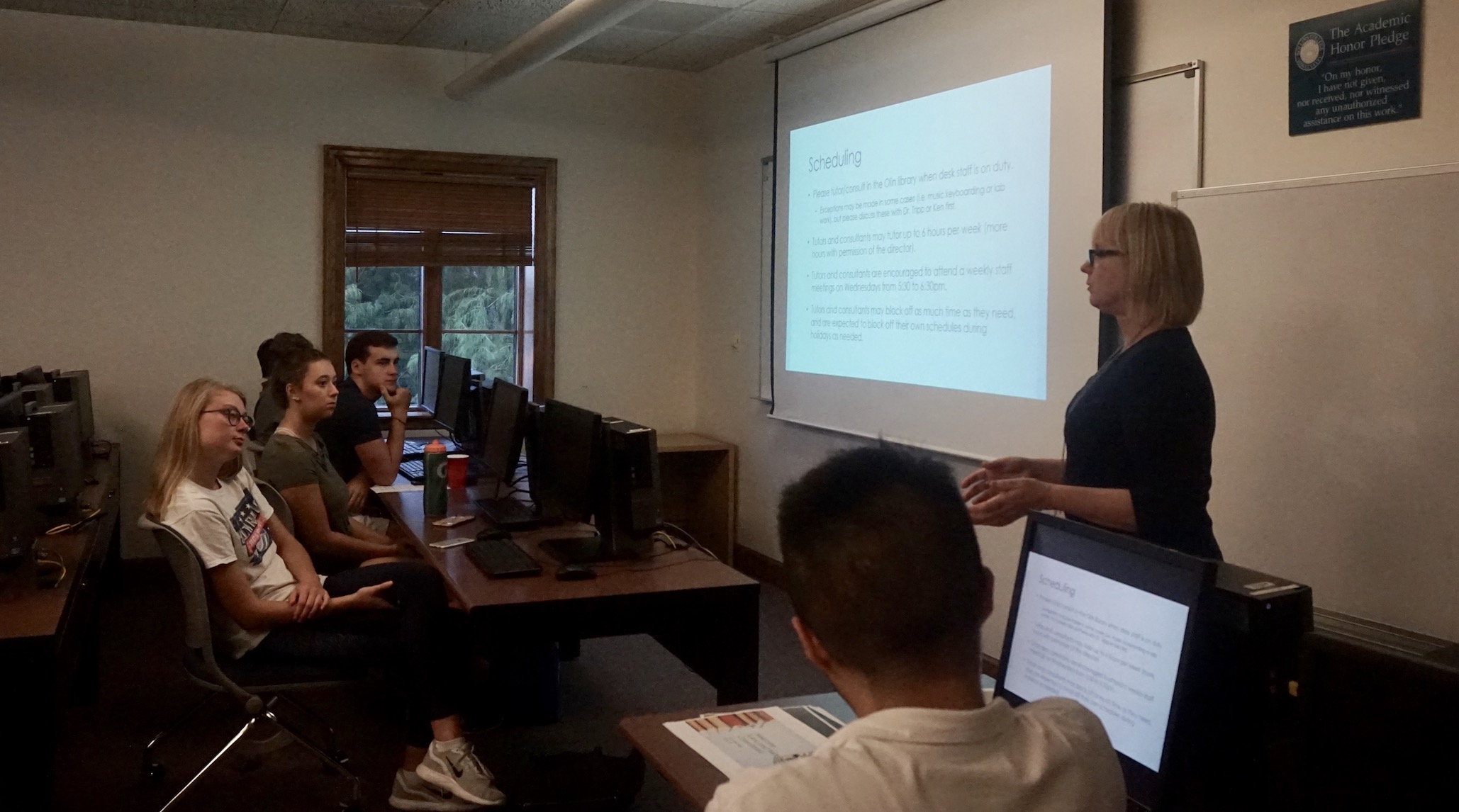 Over the weekend, the new director of the Tutoring and Writing Center, Dr. Mary Tripp, was fired.

When asked about Tripp’s departure, Dr. Deborah Prosser, director of the Olin Library, said she was “unable to comment on a personnel matter.”

In a follow-up interview, Prosser said that this information “has not been made available to the public.” Tripp’s name has been removed from the Writing Center’s website.

Lauren Bradley, senior director of strategic communications, also said that “the College does not comment on personnel matters.”

On Wednesday, Sept. 5, tutors and writing consultants received an email from Ken Zhao, the operations coordinator of the writing center, that said Tripp “is no longer with Rollins College.” They were told that Prosser and Zhao will lead the center until an interim director is hired. It is unclear when this will take place.

The Sandspur was unable to confirm the reason for Tripp’s removal. She could not be reached for comment.

The search for a director to replace Suzanne Robertshaw, the previous director of the Tutoring and Writing Center, had also faced obstacles. Robertshaw intended to retire in May 2017; however, the spring 2017 search for a new director failed, as the first choice for the position decided to work elsewhere. Robertshaw then agreed to stay for another academic year as the college searched for a new director and assistant director.

Tripp was the assistant director of the University of Central Florida’s (UCF) writing center since 2014. She started working at UCF in 2002 as an adjunct professor before becoming a lecturer in writing and rhetoric in 2010, according to her resume.

Robertshaw said that Tripp had achieved several talks and joint presentations with her consultants over the years.

“I knew that she could take our Writing Center to new levels of achievements,” said Robertshaw.

In addition, candidates for the assistant director of the Tutoring and Writing Center were brought to Rollins in spring 2018; however, that search also failed.

This is a developing story. Check back for more information.