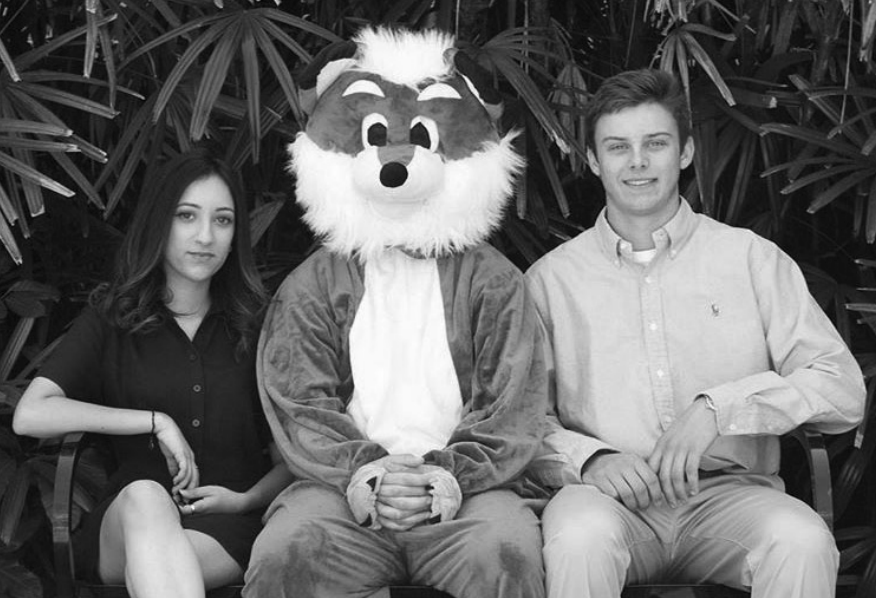 While the sanitary product implementation has been successful thus far, and the app is set to be released this semester, the smoothie bar seemed to fall flat. Below are updates on each initiative.

In partnership with the Lucy Cross Center’s work-study students, SGA’s free sanitary product initiative has been widely used and successful, according to Chaudhry. Free sanitary products were placed in select women’s and gender-neutral bathrooms across campus, and the trial run began in February and continued through March.

“I am happy to say students love the initiative, and we see a 100 percent usage by the end of the week, which is why restocking at the right time—every Monday—is important to ensure students are provided with the products and are able to use them whenever,” Chaudhry said.

High student demand comes with its obstacles, however. In some locations, SGA noticed that products run out faster compared to others, specifically on the second floor of the Olin Library. To avoid running out before the supplies are replenished, Chaudhry asked students to “make sure they only take what they need, and only in the case of an emergency.”

“We think it has allowed Rollins to be a more distinct college when compared to other high level institutions, proving that we care about our students in a way that makes them feel included and safe,” she said.

SGA’s pop-up smoothie bar in the Alfond Gym proved unsuccessful, with the overall material and labor costs adding to more than what the bar was earning. The smoothie bar will not be permanently moving to the gym any time soon.

The pop-up smoothie bar opened three times this semester, in an effort to provide student athletes and students living and attending classes on that side of campus an easier location to grab a healthy snack.

According to Chaudhry, the booth was able to sell around 50 smoothies during the first and third pop-ups. The second and last pop-ups sold between 30 and 40. SGA originally thought these numbers would be sufficient, but not enough sales were generated.

Now, the pop-up team, which included representatives from Sodexo, discussed the possibility of continuing the initiative in different locations on campus and with different items.

“I would say that [the pop-up] was successful in that we were able to mobilize the resources to accomplish something that students desired,” Taicher said. “While the traffic was not sufficient, Sodexo was very impressed with how we were able to work together to accomplish the pop up idea.”

Taicher, an athlete himself, said that there was a very positive athletic response; athletes found it very useful and convenient to fuel up after workouts or before classes.

Continuing this initiative in the fall depends on funding decisions by Weiner and Brown, as well as student demand.

The final initiative that the president and vice president will reveal is a new phone application for all students. A new student life app is in the design process and will be available by the end of the semester. The goal is to give students smoother accessibility to Rollins’ resources.

“Imagine a quick-links version of the Rollins website. All relevant information will be easily accessible, including sports schedules and dining times,” Chaudhry said.

Students who hold positions in SGA and some who do not are working on the app. They are  computer science majors, including Jaime Becker (‘19), SGA internal relations chair; Carla Daza (‘20), SGA diversity chair; Blake Swanson (‘20); and Matthew Travers (‘19). The team is currently fine-tuning the app’s design and making sure that it is user-friendly.

Chaudhry said that the app itself does not need to be funded since it will be designed by computer science majors who are using this as their senior capstone project, which only spans from January to May.

“We started from nothing,” said Becker. “None of us had done mobile app development before, but we were able to work as a team with Nagina and Greg to create an app that is hopefully useful to students.”

Becker also commented that she thinks that the links to the Rollins calendars will benefit students most because it will include general events as well as all sports games. She hopes this will lead to more participation at school events, since communication of these dates will no longer rely on emails.

The app will be available on both the Apple and Google Play stores by the end of this semester.