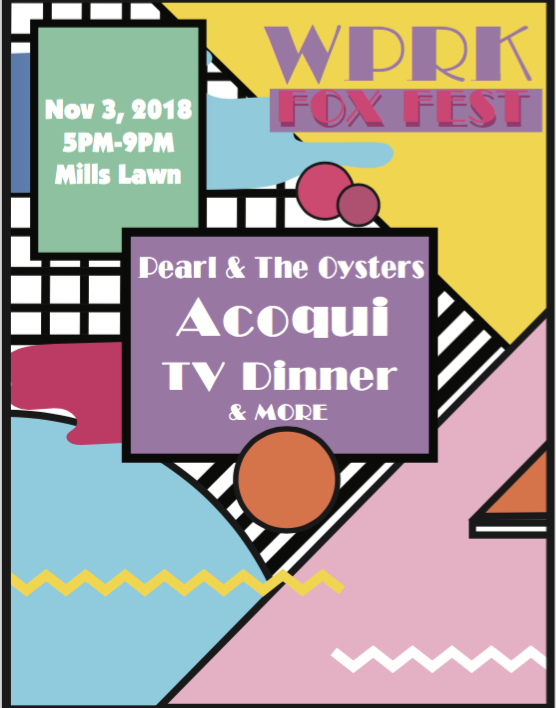 For the past few months WPRK, Rollins’ very own college radio station, has been triumphantly broadcasting over the airwaves after overcoming many challenges caused by Hurricane Irma.

WPRK officially returned to air on Aug. 17 after 11 months of online streaming. “Our antenna was damaged [by Irma] and had to be removed before the students returned to campus,” said station manager Sydney Rock (‘20).

Greg Golden, director of student media, said, “We were alerted that the antenna was… at an angle, and the college decided that it posed too much of a risk that it could fall.” Therefore, the school had to remove the antenna with a crane. Rock said that they had to install an antenna in an off-site tower since Mills was closed.

Installing the new antenna proved to be more complicated than initially expected. Golden said that after they bought a new antenna, an engineer determined what a new good site would a tower near Minnesota Avenue would be the best option.

After getting approval from the Federal Communications Commission to be able to broadcast from that spot, WPRK began the process of placing the antenna. However, another challenge presented itself: “What we didn’t [know] was that there was a bald eagle nesting on the site of the antenna,” Golden said.

It is illegal to construct an antenna on a site where bald eagles are nesting. “We couldn’t construct our antenna on that tower until the nesting season was over. In Florida, August is the only month that eagles aren’t actively nesting,” said Golden. After waiting for months, the eagles left, and the station was finally able to install their new antenna.

Months without an antenna meant that WPRK was not able to conduct on-air radio broadcasts. Golden said that online streaming was used to replace the broadcasts. “We’ve been streaming online for over 10 years, so we were able to continue sending our signal out over the internet.”

Unfortunately, Golden said, the absence of radio transmissions greatly reduced the amount of listeners that tuned in. Viewed in a positive light, however, “it was a way for us to continue operating at that time.”

Now that the station has installed their antenna, it has resumed broadcasting information and music to a diverse set of listeners. WPRK hosts a variety of shows, including podcasts, music broadcasts, and live radio interviews.

Rock said that the station “serves the greater Orlando community and the Rollins community. WPRK is continuing to grow and expand.” One of the ways WPRK is growing, Rock explained, is through the upcoming Fox Fest, an annual music event that “invites community members to connect with the station and our campus.” Fox Fest will be this Saturday, Nov. 3 from 5-9 p.m. on Mills Lawn.

WPRK plans to increase their influence by hosting local events that “help in supporting the local music scene in the area… This year’s Fox Fest features a strictly local lineup of bands,” said Rock.

Golden said that WPRK has always existed to serve the community ever since its founding in 1952. “We are really looking at ways in which we can continue to elevate voices that are underheard on campus and in the community, and also to work and partner with other organizations and businesses in the area,” he said.

Organizations that have benefited from WPRK’s equipment and knowledge of broadcasting include the Boys and Girls Club, PACE Center for Girls, and Upward Bound.

WPRK is looking forward to hosting volunteer opportunities with more local projects. The station is student-run, and anyone interested has the ability to join.

Students can become involved by attending meetings every Tuesday at 7 p.m. in their office at the Stewart House, located between Holt Hall and Sutton Place.