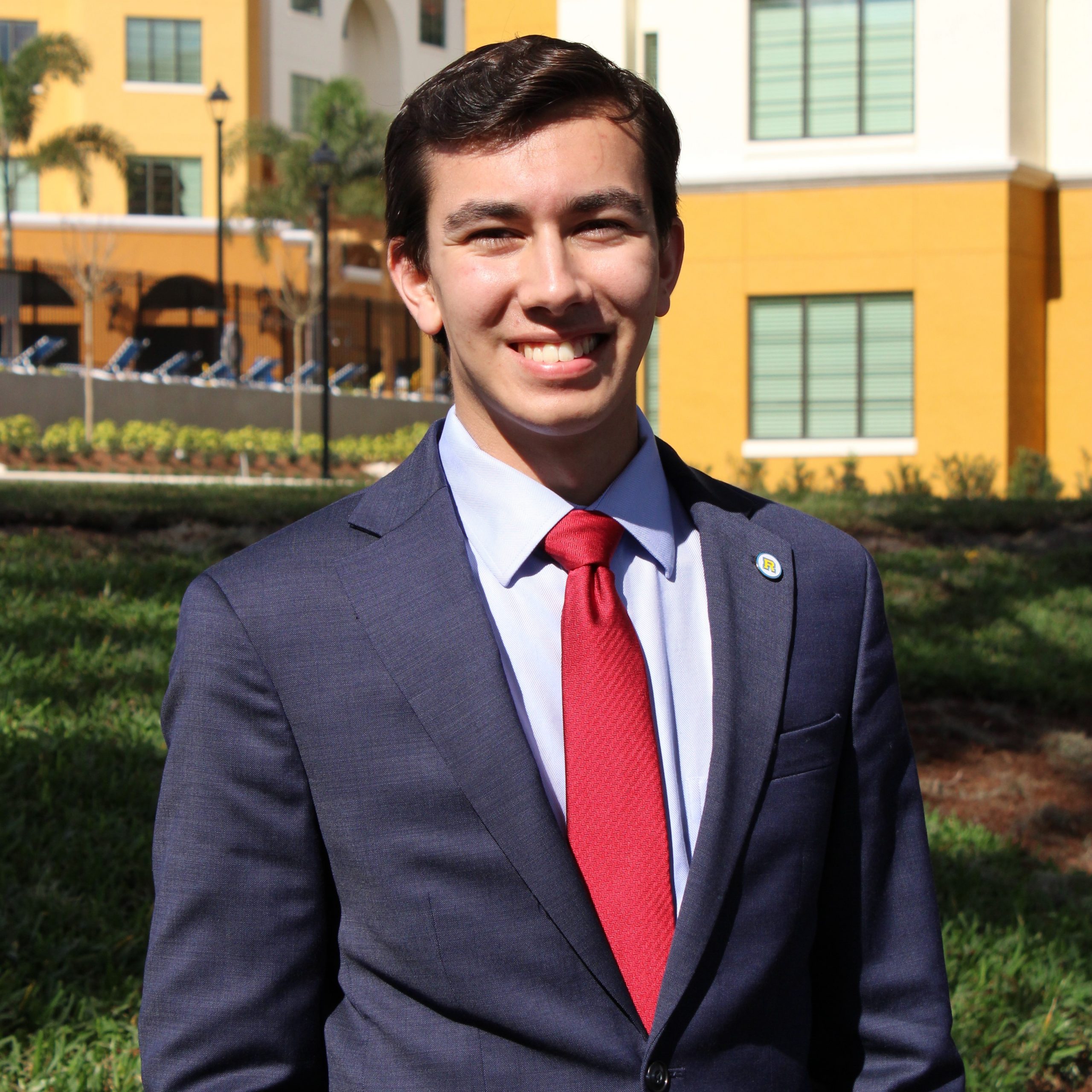 Daniel Elliot fights for student representation while campaigning for presidency

“[I am] very excited that I get the chance to do this, even if it’s just for a few months,” said Elliot.

After losing his first election twice, Elliot continued running in elections with a determination to make a difference. Since October 2019, when Elliot was first elected as part of SGA’s executive board, he has been fighting for better representation for minority groups and changes in tuition fees. Meeting with students with lower income security led him to propose the Fair Tuition Act.

The Fair Tuition Act, a bill addressing the yearly rise in Rollins tuition fees, is currently being considered by the board of trustees.

“Students care about knowing what they are going to be paying for and where it’s going,” said Elliot.

Elliot has worked with the executive board for over a year. One of the most recent concerns of SGA has been ensuring that students are safe while eating at Skillman Dining Hall, especially how it has been reaching overcapacity.

Elliot said that there is a divide between students and SGA, as students have expressed that their needs are not being heard.

“Rollins seems to pride themselves on their minority communities, but, often, our concerns–both financial and discriminatory–are dismissed or just completely ignored,” said Lauryn Shakes (‘23).

“What we’re doing hasn’t been properly communicated with the school, which hurts our ability to represent our students and implement policies they elected us to implement,” said Elliot.

In response to student frustration, an extension of SGA, similar to the senate, will be created. This extension will allow student representatives to meet weekly, as their own body, with SGA. Identity-based organizations such as Spectrum will also have representatives who can vote on SGA decisions.

Elliot said that the changes he wishes to see at Rollins will require tough conversations and perseverance.

Aside from his current plans as vice president, Elliot is looking towards the upcoming election, in which he will be running for president with Akheem Mitchell as his vice president.

“Akheem is a leader on campus and brings perspective, approachability, and connections with students that feel a deep passion for these issues,” said Elliot.